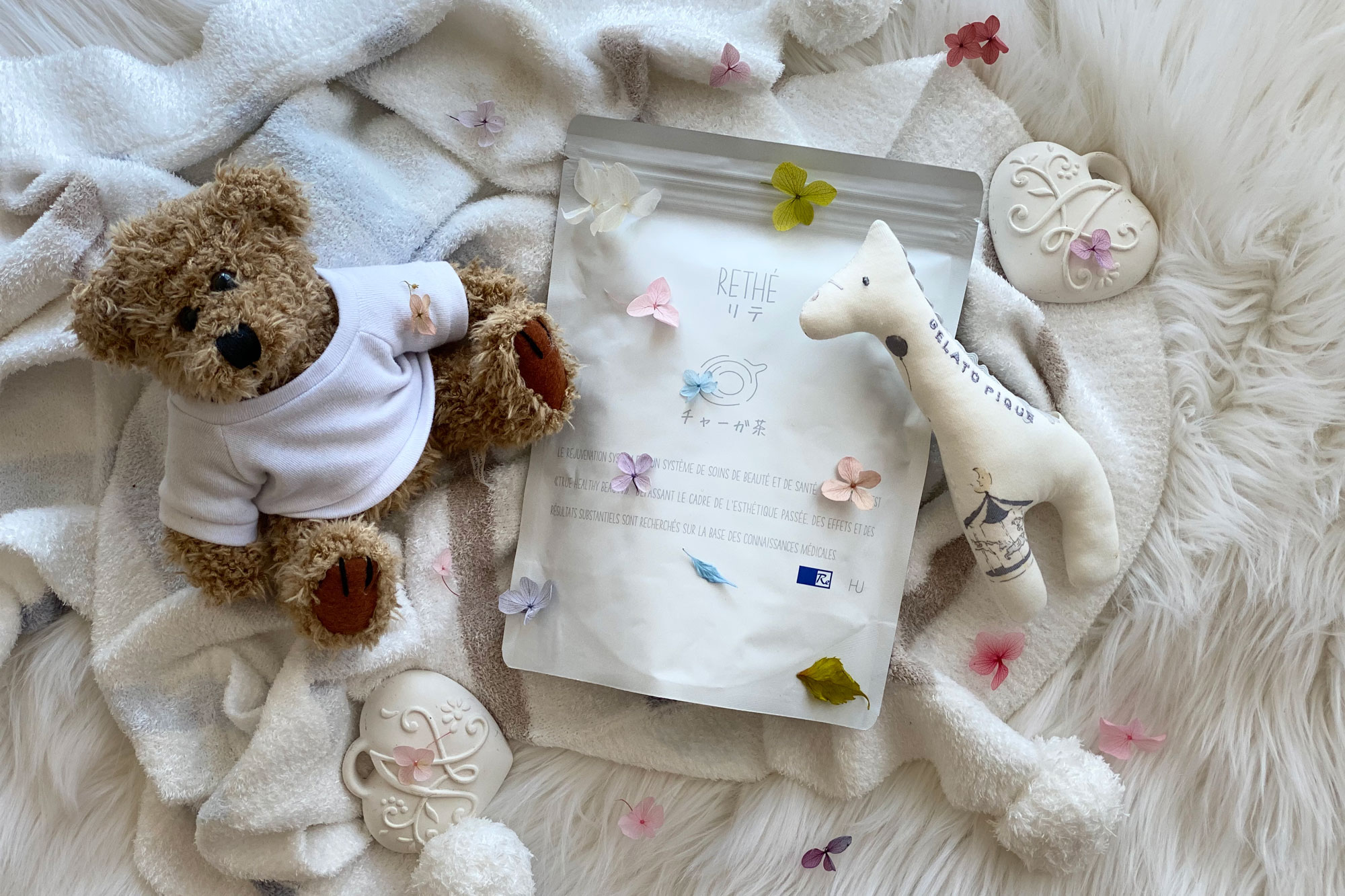 It seems that it's harder to catch a cold. Family health is important, so I will continue.Since I knew Chaga, the whole family has been drinking it. It is indispensable for hydration because it has no habit and is easier to drink than tea. I started to drink Chaga tea lite, and now I feel better and less tired.

I found out about Lite in a magazine of a beauty salon. After she started drinking, she began to be asked by her friends, "She has become beautiful recently. What did you do?", And she certainly feels that her skin has become beautiful. She wonders if Rite is a good tea for her body and she has become more hydrated than usual.

My husband was often in a bad mood the morning after the day he drank deeply, but it seems that he does not have a hangover when he drinks a strong RETHE, and he feels good, so it is a really mysterious tea. The owner, who doesn't drink much tea, drinks RETHE himself.

Now that I'm drinking Lite with my family, I don't care about my grandfather's body odor and bad breath. His grandfather himself says that his body has become better.

I also have good skin condition, so I am happy to have met a very good tea.My husband's hair loss has become strangely better. There are very few shirts and pillows that have been attached to them, and the hair loss is similar to that of ordinary people. She seems to be aware of herself and asked, "Does this tea have a hair-growth effect?"

I feel that my stiff shoulders are also better. The price is a little high, but I will continue.I was recommended to go to the beauty treatment salon that I always go to. My tired eyes became so good that I had dry eyes, but before I knew it, I didn't care. It's strange that I just changed the tea.

After seeing the beauty strike, I bought a lite for the purpose of dieting. I haven't lost any weight in particular, but when I drank Lite, I became more familiar with it, and I became hungry. I'm glad that my friend told me that my style has improved recently.

I have been in the hospital for a long time because of diabetes, but as I started to take Rethe, my hemoglobin A1c and blood sugar level dropped, and I was surprised by the doctor at the hospital. I don't know if it's this tea, but the only thing I changed in my life was drinking Rethe, so I'll continue to do so. Drinking this tea makes your body extremely comfortable.

The oiliness of her face has also improved. It's strange though it's tea.The breakout that was a problem for my daughter after drinking lite became amazingly beautiful. Until then, I had applied various facial cleansers and medicines, but her daughter's face did not look beautiful at all, and parents and children gave up because of the hormonal imbalance around her age. Her daughter says her hair and scalp have become dry and silky since she started drinking her lite.

I'm expecting it.After the menopause, I was worried that my hair was thin and I had a lot of hair loss. I think that her hair has become firmer as she receives Chaga. I hope the white hair is gone!

I am impressed that the company has a very thorough safety inspection and has a unique commitment. It is good for health and beauty, so I will continue to do so.It ’s mushroom tea, so how about the taste? I thought at first, but it's easy to drink without any habit. I learned about Lite in a magazine and saw the homepage.

I started drinking lite at the beauty salon I always go to. I like alcohol and often have bears under my eyes. Mysteriously, when I drank a thickly boiled lite after drinking, I didn't have a hangover at all, I couldn't bear under my eyes, and I'm happy that my skin has recently become beautiful and white.

I learned about Chaga in a magazine called AERA. There are various chaga mushrooms on the net and I searched variously. Various things from Hokkaido and Russia are introduced. Is it okay to write things like domestic production is safe, good for immunity, good for ◯◯, and so on? ?? There are also many. Looking at Lite's homepage, I thought that the certificate and method of inspection, the certificate of nutritional component (SOD), etc. were the only genuine ones. After that, the picture of how to drink was beautiful. I want to continue drinking.

I found out about Chaga on the site of a certain magazine as a bonus of a supplement called Miragro. It was often introduced in the magazine, and the sample was more delicious than I expected, so I bought it. I had a strong feeling of fatigue, but when I drank it, I felt tired and healthy.