What is Chaga (Chaga mushroom)? About useful ingredients and effects contained 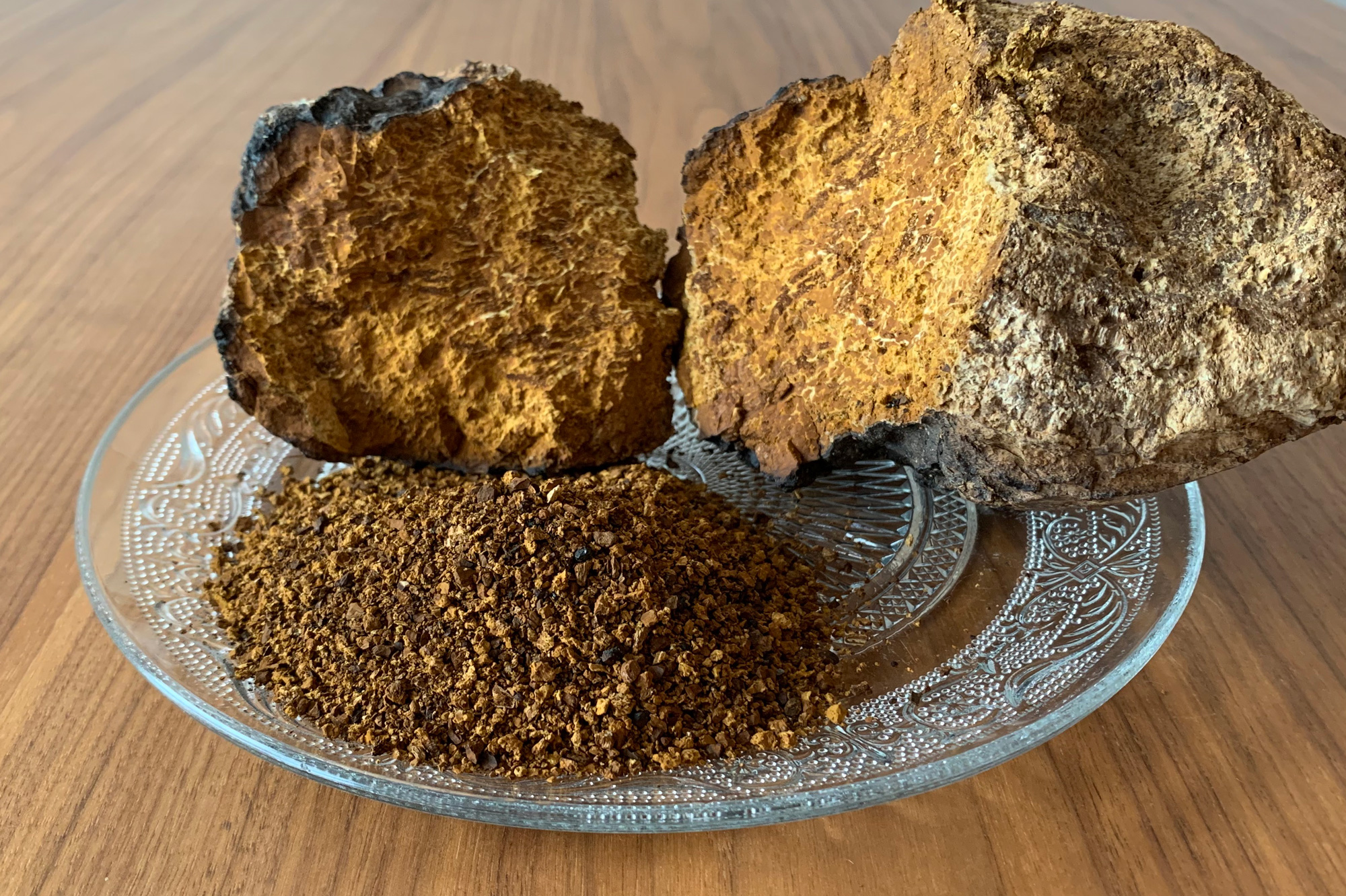 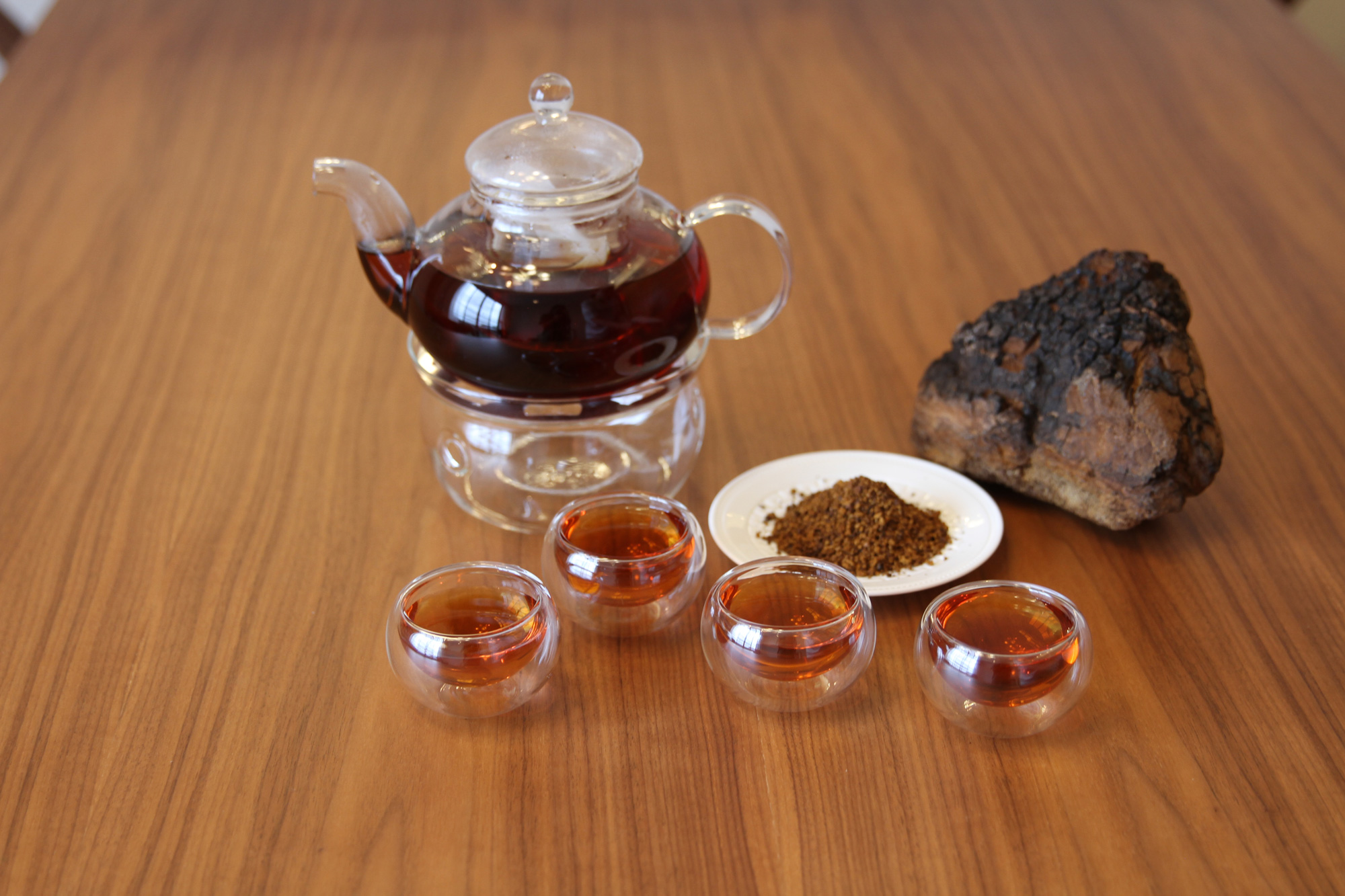 Chaga (Chaga mushroom) is a mushroom that grows on a birch tree.

Chaga, which grows by absorbing the nutritional components of the birch tree over 10 to 20 years after landing on such a birch tree, is truly a treasure trove of nutrition.Birch trees are also called mother trees (nursing trees), and in Russia it has long been a custom to drink birch sap for health and beauty. Birch sap is rich in saponins, polyphenols, polysaccharides and minerals, and is highly useful and is expected to have health benefits. Birch sap is also used in cosmetics because it has high antioxidant power and is excellent in beauty. 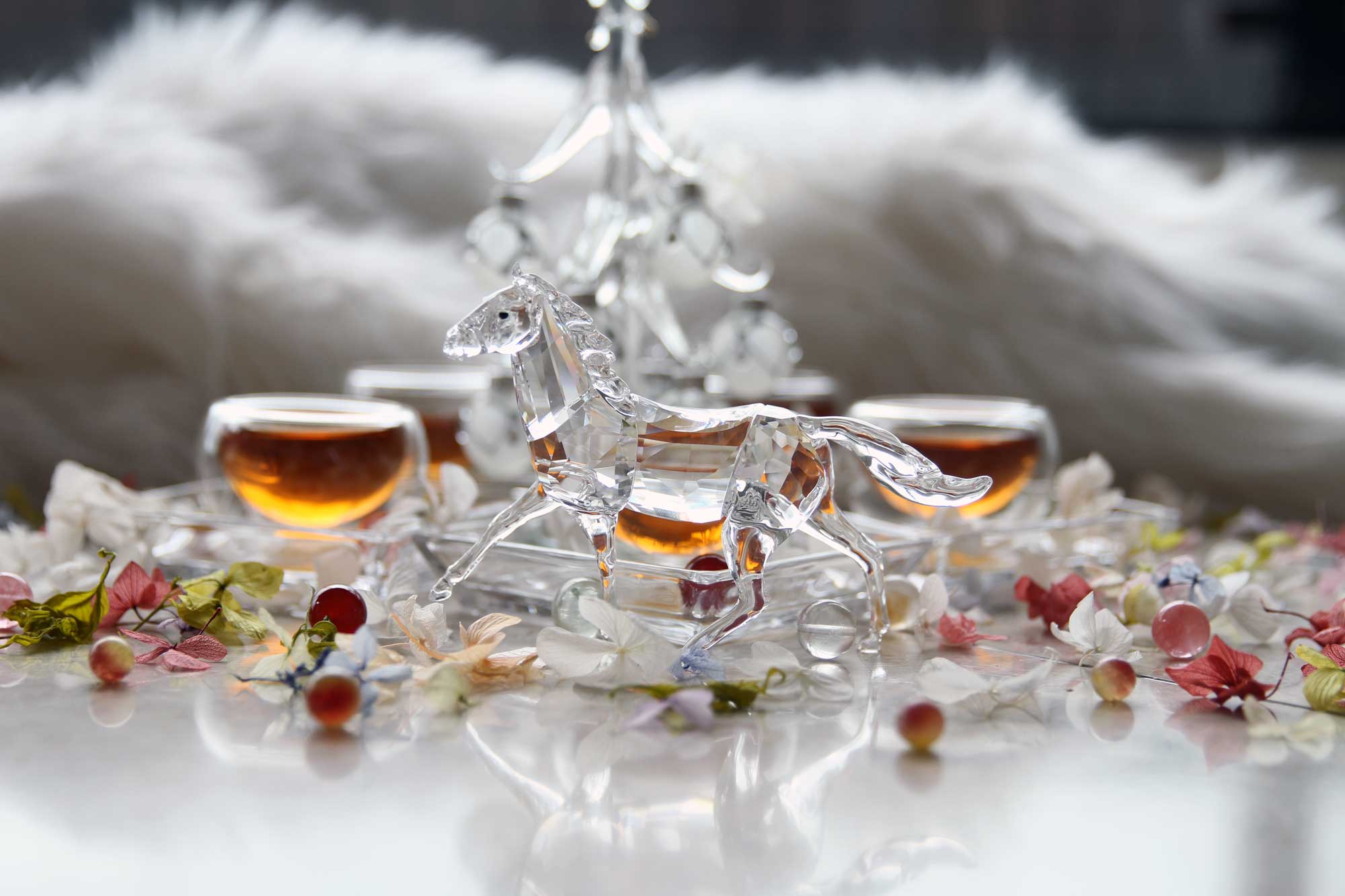 Diamond Chaga in the Russian Forest

The birch tree, also called the mother tree (nursing tree), is one of only 20,000 birch trees, and it is very precious. It is called the forest diamond. The Chaga used for RETHÉ is 100% Russian and uses only what has matured for 15 to 20 years. Chaga is a diamond of the forest, which is a condensed forest of nutrients contained in the sap of birch grown in the Russian forest . 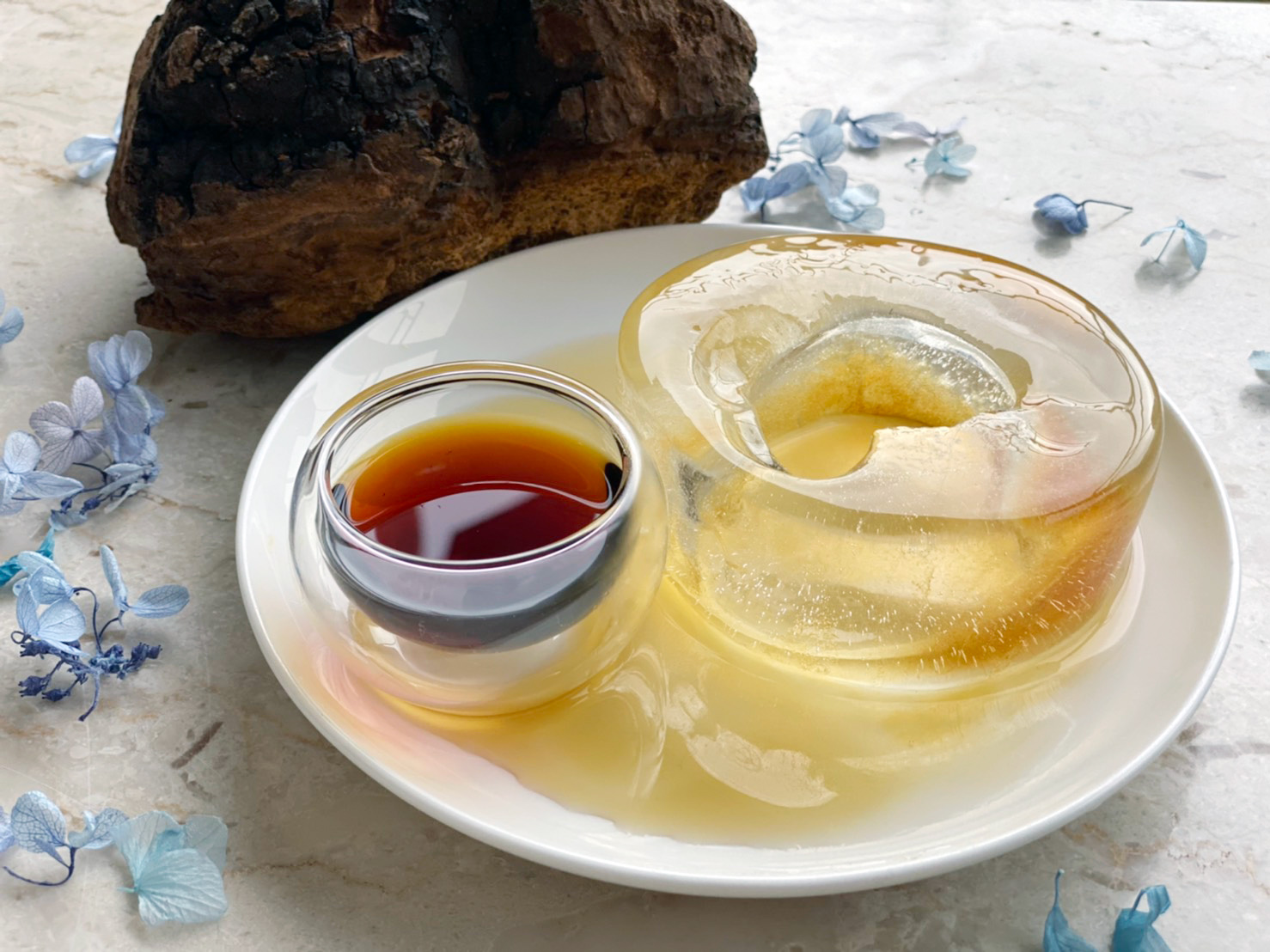 Surprise!! Chaga that does not freeze even in a -60ºC freezer 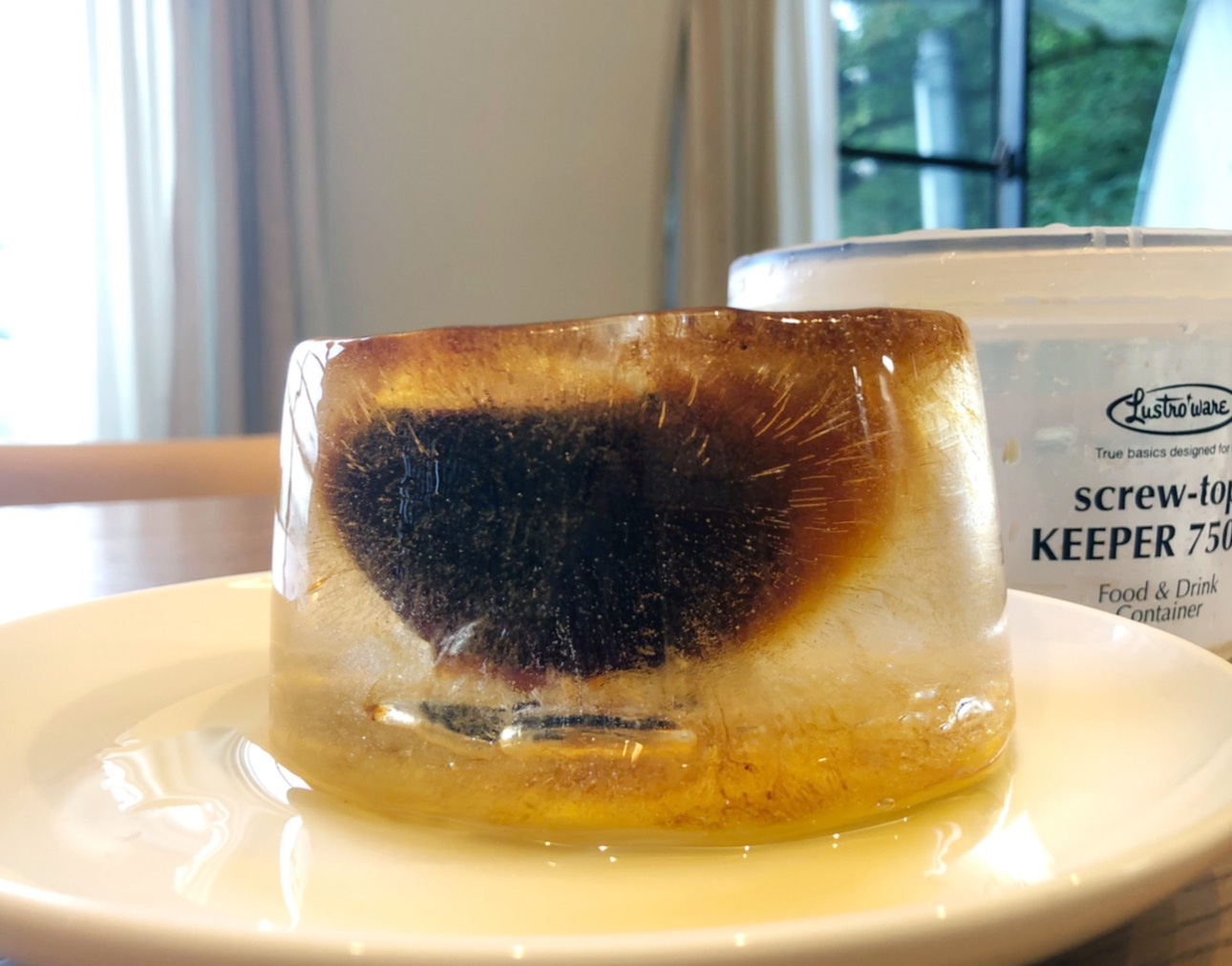 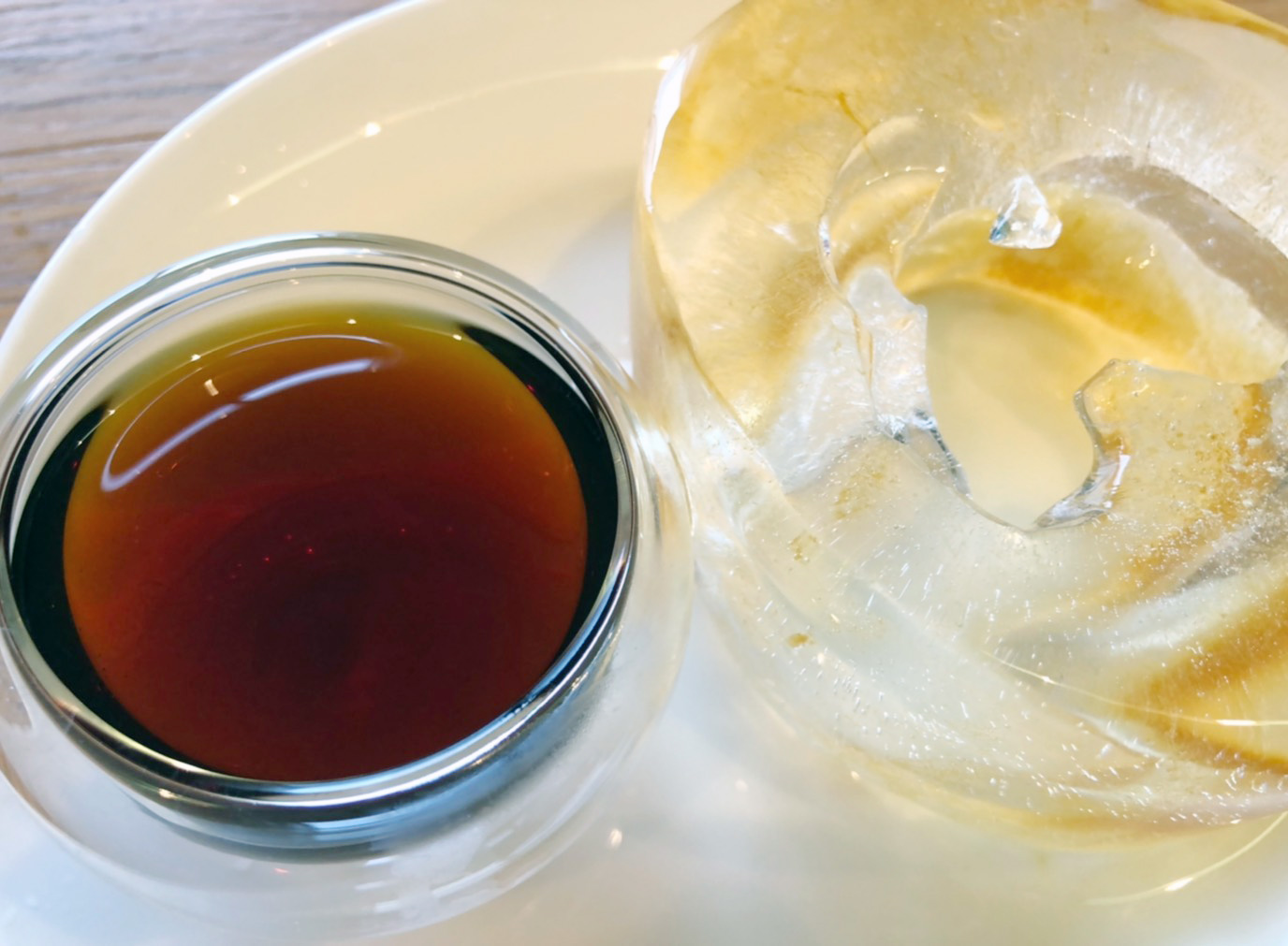 The Chaga has been put into a -60ºC freezer once it had been boiled. The dark amber liquid you can see in the center of the ice (in the second image) is the extract of Chaga. Once the Chaga has been boiled, it has been put into the freezer. The water contained in the Chaga will freeze leaving the dense extract of Chaga in a liquid form. The Russian Chaga lives in an extremely cold area which is called permafrost. The reason why Chaga never freezes is because it is parasitized onto birch trees, extracting the sap out of them and the birch tree sap never freezes. Chaga, which grows by absorbing the sap, is rich in components such as SOD enzyme, polyphenol and β-D-glucan. Therefore, extract of Chaga remains as a liquid even when placed in a freezer.

How to drink Chaga "RETHÉ" 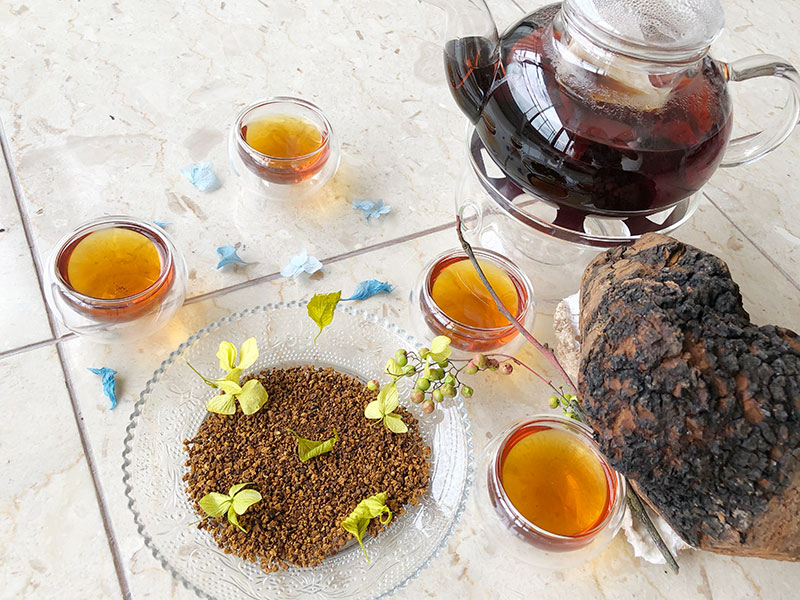 If you look up chaga, it's often described by various names. Chaga, birch mushroom, chaga, chaga mushroom, Siberian reishi, etc. There is no right way to say which one is correct, but chaga or hippopotamus is the most commonly used and established one.

Chaga is the most common name for it. It is also registered in Wikipedia as "Chaga". The name "Chaga" is actually a registered trademark of Chihaya Corporation, which has the right to use the name since 1998. We have a business relationship with Chihaya Corporation and have permission to use their trademark. The general name of Chaga is "Kabanoanatake".

In English-speaking countries, they are often described as Chaga Mushrooms.

This is another expression for chaga. It means a Siberian reishi mushroom (a member of the Sarcococcaceae family of mushrooms). 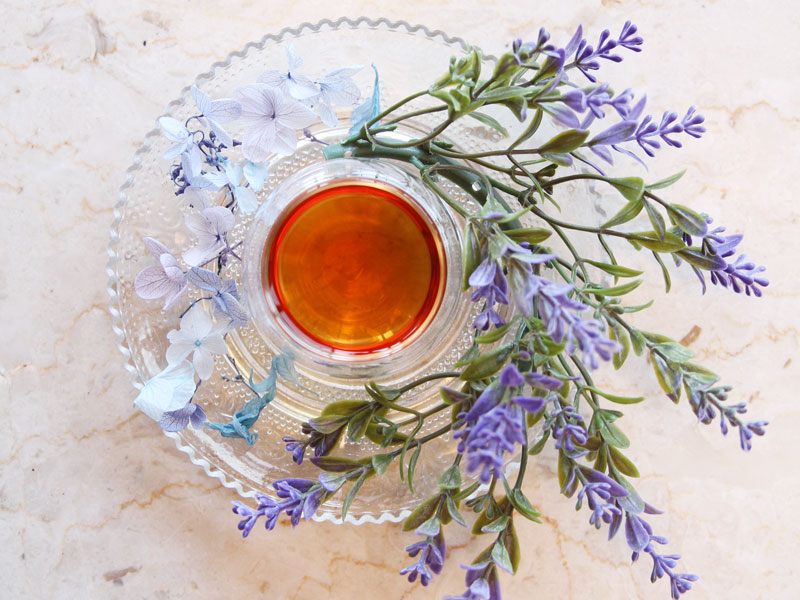 We sell Chaga as a wonderful and nutritious tea.Chaga is a mushroom attached to a birch tree, and we mainly use it as tea. Chaga is a food product, so it has no effect on treating illness or healing the body. It's the job of medicine, herbal medicine and doctors.

The active ingredients in chaga

A major feature of Chaga is that it contains a large amount of SOD enzyme. You can maintain your health and beauty with SOD enzymes.

It is said that β-D glucan has a role to keep the body healthy, and recent research shows that habitual intake of β-D glucan can maintain health in daily life. I'm getting to know.

Lignin has been shown to have a protective effect on the body.

Saponins are known to condition the body.

(Betulaceae) A triterpene that is abundant in birch sap and has a useful function. The usefulness of bethulinic acid is highly evaluated, and various studies have been conducted so far.

Introducing the five useful ingredients of Chaga in detail.

What is SOD enzyme?

Chaga contains a large amount of SOD enzymes, so taking it into the body as a tea on a daily basis helps to maintain a youthful and healthy body. 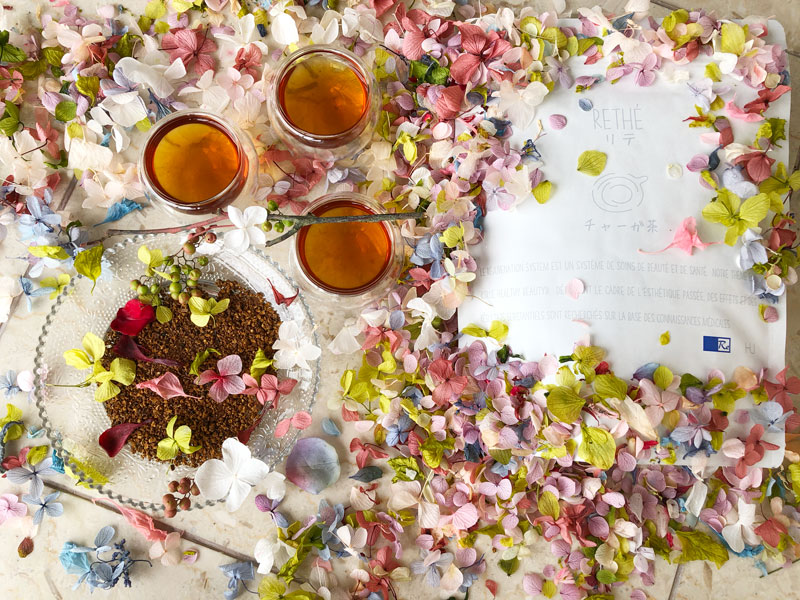 Chaga is a mushroom that grows on white birch trees, so it can be harvested not only in Russia, but also in areas where white birch trees grow, so it has been used in many parts of the world. It is said that since chaga was collected in Hokkaido in Japan, it was customary for the Ainu people to drink it as a tea. Unfortunately, due to overfishing and global warming in recent years, it seems that not much of the chaga can be harvested in Japan anymore. There are also records that ancient Greeks and American natives used to use chaga tea.

The Truth About Chaga tea

Traditionally, chaga has been used in tea form as chaga tea, and the nutritional content of chaga has had a positive effect on health care. There is actually a bit of a disappointing truth here. Chaga is a mushroom, so it is not very suitable for human consumption and absorption. The reason is that not only chaga but also mushrooms have very hard cell walls. This cannot be fully broken down by human digestive juices and digestive enzymes, so most of the nutrients are not absorbed by the body and are excreted. It's the same if you make a tea and boil it thoroughly in hot water. Of course, the cell walls are broken down to some extent and the nutrients are dissolved as tea, but most of them are wasted.

So what should we do?

Our solution is to break down the cell walls in advance. The difference between RETHÉ and ordinary chaga tea is that RETHÉ is made from chaga that has undergone a process of cell wall destruction. That's why RETHÉ is a very good chaga tea. It's not just a cute package, but it's also a real powerhouse.

And the production method of this cell wall-breaking is based on a process patent officially approved by the Patent Office through a technical partnership. So you can enjoy a unique and special churgatee like no other.

Which form of chaga is better, powder, broken powder or extract?

Chaga is sold in a variety of forms: dried and natural in its original form as a mushroom, chopped, powdered, or as an extract. Each has its own characteristics. 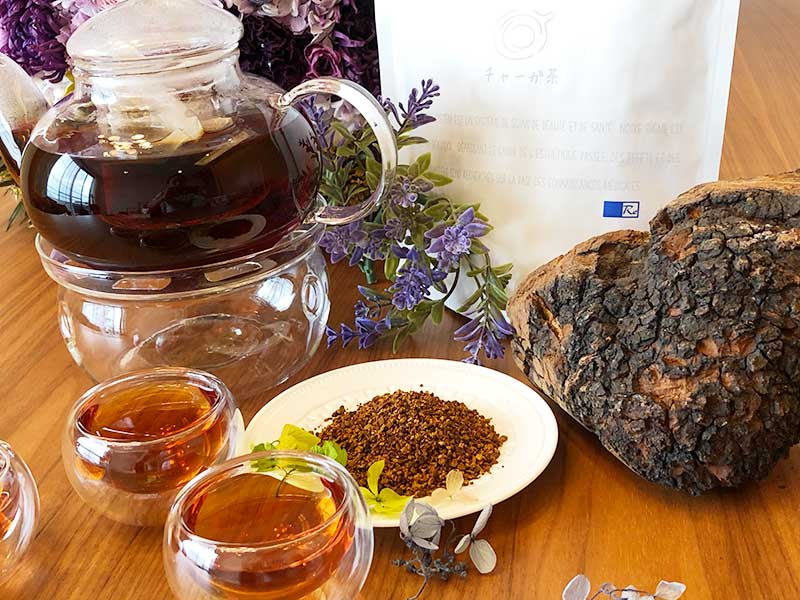 This is a natural looking chaga before processing, which is on the right side of the picture. The chaga is processed into various states. The one on the plate in the center of the picture is the chaga that has been chopped up. If it is in this state, you can put it in a tea pack and boil it in a kettle and drink it as a tea.

The extract powder is in a fine powder form. It is a slightly coarser powder than matcha. It is very concentrated and rich in beta-glucan and SOD enzymes.

RETHÉ is an original blend of chaga tea

RETHÉ is a unique blend of chopped, cell wall destroying and extracts to bring out the best in each ingredient. In addition to the basic ingredients of Chaga tea, this original blend of Chaga has a good combination of nutrients trapped in the cell walls and high SOD enzymes that can be used in the extracts. And because Chaga's cell wall destroying powder uses a process patent, it is a special product that is impossible for other companies to imitate, even if they try to imitate it.

The ingredients in RETHÉ include something called "Chaga Extract Powder". By extract, you mean a thick liquid? Powder? What's it like? This is the answer to the question.

Ex is short for extract

First of all, the word extract stands for extract. It is a concentrated version of something that has been extracted with water or ethanol. Since it is concentrated, the ingredients are very thick.

What we use in RETHÉ is chaga extract powder. The active ingredients are extracted from the nucleus of the mycorrhizal fungus of the chaga, which is then spray-dried and processed into an extract. The mycorrhiza is a mass of the tertiary mycelium, which is formed separately from the fruit body and stores nutrients.... It's difficult to understand. Let's rephrase it in a simpler way.

The fruit body is the so-called mushroom-shaped part. If you can imagine a shiitake or a shimeji mushroom as an eating place, it is the fruit body. And the nucleus is the hard part on the right side of this picture.

To put it simply, it is a mushroom, but not the mushroom-shaped part, the hard part where nutrients are stored is the mycorrhiza. At RETHÉ, we have mixed the active ingredients from the nucleus of the fungus in hot water and dried them to make a powder of chaga extract, which allows you to absorb all the nutrients of the chaga.

There is a survey on the Chaga market from 2014 to 2018, published in 2019. We will pick up from them and introduce the story of Chaga's economy.

Let us share our thoughts on what the real Chaga is. Whether or not Chaga is genuine must be determined by quality. If you want to drink rare tea, I would like you to get the real thing.

I will tell you about the taste for those who are uneasy about what the taste of Chaga tea is like and whether it tastes strange.

Hair care maker Svenson Co., Ltd. and Professor Yoshiki Kashiwada of the Graduate School of Medicine, Dentistry and Pharmaceutical Sciences, Tokushima University have discovered the hair-growth effect of Chaga (Chaga mushroom sclerotium) extract in a joint research. "Research on traditional folk drugs-Exploratory research on hair growth and hair growth active ingredients derived from Chaga-" was announced in May 2018, and based on this, a patent (patent number: 6582322) was obtained for a hair restorer containing chaga. It seems to be.

According to the evaluation of the study, it was found that Chaga extract has a higher effect on testosterone 5α-reductase activity inhibitory action and dermal papilla cell (HFDPC) growth promoting action than the target drug, which is lower than that of minoxidil. It seems to show a high effect of about 145% even at the concentration.

Introduction to the different teas

RETHÉ is a chaga tea, but there are many other teas with different aromas and flavours. In this section, we will introduce you to other teas. Introduction to the different teas

As many of you may have seen on TV or in magazines, foods with high nutritional value, like supplements, are called "superfoods." Introducing various superfoods. Super Food

Does Chaga smell or taste?

Chaga is almost tasteless and odorless, has less peculiarity than bancha, and is easy to drink.

Can babies and children drink?

Since it is non-caffeine, you can drink it with confidence from babies to the elderly.

Can I drink even during pregnancy?

You can drink with confidence even if you are pregnant.

Please see this page for details on Chaga & Raspberry, which is recommended for pregnant women.

What kind of allergies should I take?

Anyone with any allergies can drink with confidence.

Are there any contraindications to chaga that should not be taken?

There is nothing in particular.

What kind of tea is Chaga tea?

A tea made from precious mushrooms that grow on birch trees over 10 to 15 years.